So, what is this Indiecember Book Tag?

This time, it’s a bingo game for readers. The board now has 24 squares, with the center square as a wild card. Each number corresponds to a question. Use a random number generator (or anyhow you want) to get a number, cross it out on the board, and answer the corresponding question. Do this over and over again, until you get a bingo! The answers don’t have to be about indie books, but I try to answer for indie books as well. Megan Tennant has a video on it, including the full list of questions.

Before I begin, here’s a quick overview of Indiecember:

Indiecember is a reading challenge created by the lovely Megan Tennant in order to motivate people to read indie books and write reviews on them in December. It comes with a bingo board that has 25 labeled squares. For each indie book you review, you can cross out the squares that match it until you fill-up the board in flush style. Or, just cross out a line of squares bingo-style, but for only one matching square per book. Players who win will be able to fill out a form to get entry into a huge giveaway going down in January! For more info, check out megantennant.com/indiecember or her Indiecember YouTube video.

For this tag, I got 14 unique numbers before getting a bingo! Check out my answers below!

What’s a book or series that you really didn’t like at the beginning but it turned around and surprised you.

Believe it or not, it was Harry Potter by J.K. Rowling. I only continued reading it, after finishing a lackluster book one, because of all the hype. And I’m so glad I did!

[Indie] Firestone Key by Caroline Noe. It started off by telling instead of showing, which was a bit boring, but eventually, it proved itself to be a gem of a story.

What’s a book that you can read over and over again and never grow tired of?

Right now, probably nothing. But I went through a phase where I read and reread A Song of Ice and Fire books.

[Indie] What Have You Done to the Angel? by me. Because, of course.

What’s a book that was hard to shake off? One that stuck with you long after finishing?

George R.R. Martin’s A Storm of Swords because of the Red Wedding. Watching the scene on the TV show made me weep, knowing what I already knew. But when I was reading it, I was just stunned. And probably traumatized.

[Indie] Aletheia by Megan Tennant. The emotional rollercoaster I went through with this book was one heck of a ride. I cannot wait for the sequel!

What’s a book with a cover so fine, you’d duct tape it to the Christmas tree?

The cover of Throne of Glass by Sarah J. Maas is very striking to me. I was immediately tempted to read the book when I first saw it. The book itself was not as amazing as the cover, though, but I still managed to enjoy it.

[Indie] Divinity Falling by Nour Zikra – it looks very enchanting, plus I love the effect of the red feathers and the large moon. Haven’t had the pleasure of reading it yet. 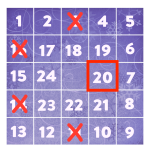 A Clash of Kings by George R.R. Martin, Throne of Glass by Sarah J. Maas, Harry Potter and the Half-Blood Prince by J.K. Rowling.

What characters would have the most epic snowball fight? They can be from the same book or different books.

Geralt and Ciri from The Witcher Saga by Andrzej Sapkowski. Okay this is cheating because they had a snowball fight in the Witcher 3 video game. I liked that because it’s one of the rare happy father-daughter moments they had.

[Indie] I think that a snowball fight between Atriya and Verus from Echo series by Kent Wayne would be quite epic.

What’s your favorite place and position to read in?

Probably lounging or lying on a bed or couch, preferably with a duvet or a fleece blanket. 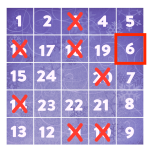 Show us a book with snow or ice on the cover. If you can’t find one, then a book with a primarily white cover.

Frostblood by Elly Blake. This book has sequels now, and I still haven’t read it.

[Indie] Legacy by Kilian Grey. I am currently reading the sequel for this year’s Indiecember. 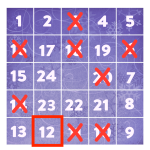 What’s one of your favorite novellas or short stories?

The Lesser Evil in The Last Wish by Andrzej Sapkowski. It touches on the Rapunzel and Snow White fairy tales with some cruel twists, and is where Geralt became known as “the Butcher of Blaviken”.

[Indie] So to Honor Him: The Magi and the Drummer by Laura VanArendonk Baugh. Another retelling, this time of the Christmas song (and my favorite Christmas song) “Little Drummer Boy”, told like historical fiction. 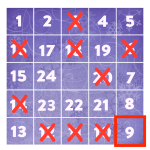 Do you read ebooks? If so, what’s your favorite e-reader device?

Yes, I primarily read ebooks from my iPad. Even if I get a physical copy of a book, I still end up buying the ebook version and read it from my iPad. It’s easy to bring around and I can carry a whole library in one device. It’s also convenient to look up words and phrases, as well as post or look up a review right after. 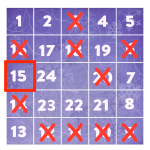 The thickest, densest book you own. Bonus points if it isn’t by George RR Martin.

Aside from having GRRM books, the Well of Ascension by Brandon Sanderson is 800+ pages long, and The Historian by Elizabeth Kostova has 700+ pages. I’ve read and loved both these books.

[Indie] Shadow of the Conqueror by Shad M. Brooks has 600+ pages. Haven’t read it yet, but I have high expectations!

What’s a fictional world you’d love to spend the holidays in, if only in your dreams?

I would probably enjoy playing the game in Caraval by Stephanie Garber.

[Indie] For the holidays, I wouldn’t mind checking out Elysia in The Elysian Prophecy by Vivien Reis.

Gift boxes come in all shapes, sizes, and colors. Name a book w/ a diverse cast.

The Witcher Saga by Andrzej Sapkowski has a compelling cast of characters that are not only diverse but also very grey, including Geralt the main character himself.

[Indie] The Savior’s Champion by Jenna Moreci has a diverse cast that are just oozing with personality.

Show us a book with a primarily black cover.

The First Girl Child by Amy Harmon is a book I got from a Scribbler box, which I’ve yet to read.

[Indie] Murder at Macbeth by Samantha Goodwin is a book that came to my attention because of Instagram just recently.

Hope I get to read more and more interesting books in the future. Thank you for reading this far!

(I have answers to all the questions here.)